Singing through life: a spotlight on Porter Williams 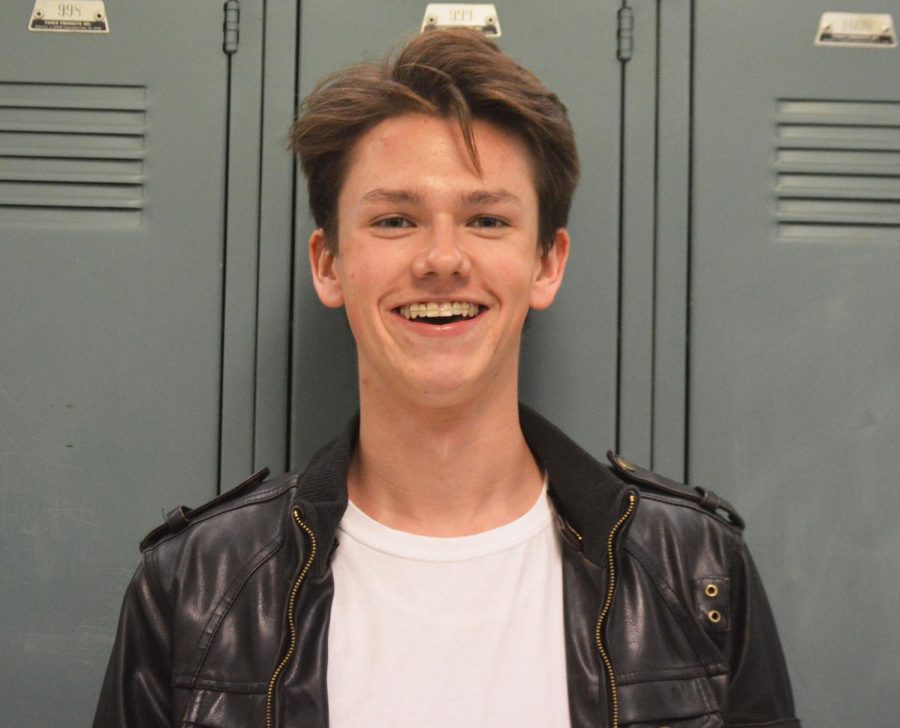 Porter Williams is a senior here with many talents. He sings and acts in many plays or functions we have.

Williams is sad to leave his friends, but excited to get his life after high school started. He will be serving a mission in Japan for two years and then going to Utah Valley University for musical theater. His favorite part of senior year has been the friends he has made.

Williams enjoys singing, acting, dancing, painting and drawing. He has two cats, a dog, and somewhere around twenty cows. He has four brothers, one older and three younger. He likes to watch the TV show Breaking Bad, it is one of his favorites.

“If it has pasta in it, I’ll eat it” He loves eating pasta and anything Italian. He wishes he could go back in time and tell his past self to not be such an idiot.

The first play Williams was ever in was in seventh grade. He has been acting for 5 to 6 years. Newsies was his favorite play to be in.

“It’s so much fun!” After school, Williams and Mr. Dunbar singing high tenor songs is a favorite memory for Williams.

“Anything that involves singing and acting, I want to do so I can get better at it.” Williams took voice lessons for four years, drama competitions, and anything choir. When singing in front of the school for the first time, he said “It was terrifying and really scary”, but he doesn’t get stage fright anymore so it doesn’t bother him.

If Williams could be in any show, he would want to be Miss Trunchbull in Matilda because it would be so fun. If he could sing any song at any place, he would sing the lord’s prayer at any type of gathering that need that spirituality in their lives.

Williams is a great person who you should make friends with before he leaves.