Lady Broncos set off season with five wins on the record 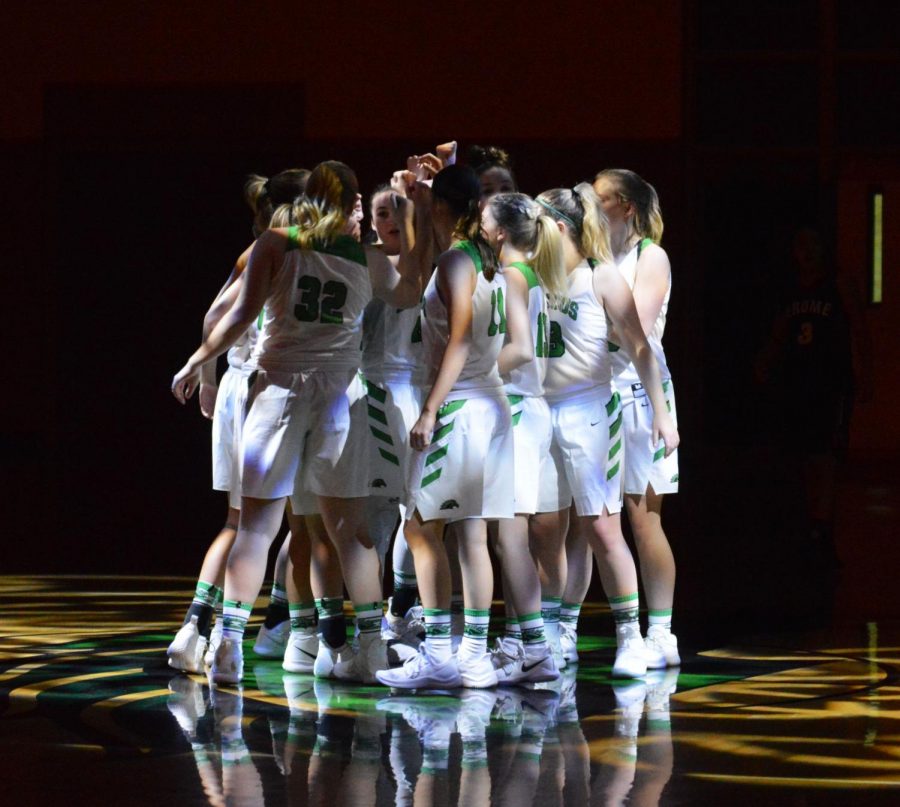 The Blackfoot High Varsity Girls Basketball team has had a great beginning to their season. They started off with four straight wins against Thunder Ridge, Burley, Shelley, and Idaho Falls. They have currently won five games, including Jerome, and lost one to Rigby.

The girls have done a lot of off-season work to get to the point they’re at now, including open gyms, western US tournaments, and even driving to Gonzaga University for a special camp. Also, they know that they couldn’t have been where they are now without their previous experience.

“Everyone on the team has done summer basketball and have all played together for at least one year,” Maycie McBride (12) said.

Freshman, Isabel “Izzy” Arave (9), has been with the girls on the team for quite some time, through Coach Courtnie Smith’s summer basketball programs. Arave previously played for Mountain View Middle School and says that high school basketball is much different and “more intense” than middle school. Regardless of being new to the high school program, Arave knows that the team needs to be unified to keep being successful.

“We work better as a team when we’re friends. We know that we can always trust each other,” Arave said.

Team unity has kept the team going through all of the bad plays, missed baskets, and turnovers. The girls know that even though they have been very successful, they need to keep working.

“We need to focus on the little things. There’s always room for improvement,” McBride said.

The girls are very happy with their performance so far this season, but they keep their celebrations small though still noticeable. They are less concerned about the score, and more concerned about how they performed.

“It doesn’t matter what our score is as long as we’re winning and doing it as a team. The success is still the same, whether it’s by two or by thirty,” Cassidy Cooper (11) said.

The girls next game is Friday, December 7, at 7:30 against Skyline at Blackfoot High School, come support these girls and see all their hard work.